The Party is on Oct. 1 -- Join in the Celebration 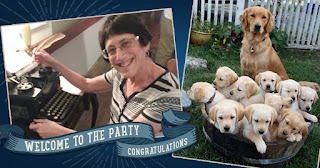 I won! I was selected as the winner of the Tales & Tails Gala Sweepstakes and will be attending the 20th annual event, benefiting Canine Companions for Independence, at the Rosen Shingle Creek Resort in Orlando on Oct. 1. In addition to the fabulous dinner dance party that is planned, attendees will enjoy a live and silent auction.  There will be guest speakers sharing stories of how their highly trained dogs have made such a difference in their lives, thus allowing these individuals to live a more independent life while also having a loving, caring companion by their side.

Tickets are still available for this event. Go to the Canine Companions for Independence site (Orlando FL) to learn more. Hope to see you there.
Posted by Marilyn at 4:47 PM No comments:

Health Issues Following 9/11 Attacks; I Knew This Would Happen

On the morning of September 11, 2001 I was working in Guest Services at the Disney Reservation Center. When guests began telling us that planes were going into the Twin Towers, I knew we were in for a long day. Suddenly, planes were being forced to land before reaching their destinations. This meant we had guests unable to get to Disney or leave Orlando. Our reservation agents were unable to handle the calls and thus, Guest Services took a tremendous hit that day -- with call volumes rising rapidly. When I was finally able to take a quick moment away from the phone, I ran to the breakroom. There, everyone was watching one of two TV sets with the news of planes hitting the Twin Towers, going down into a field in Pennsylania and at the Pentagon. Shock and horror! That was the only way to describe how we all felt.

While we were focused on what was happening and hoping that there would be survivors, it occurred to me that there would be more issues down the road. I recall telling one of my colleagues that survivors or anyone in the vicinity of the World Trade Center would be in danger. Looking at the rising smoke -- the huge cloud of dust and debris overtaking Lower Manhattan that day, I knew that future health issues would take even more lives. I was already thinking about future cases of asthma, COPD and lung cancer. Other cancers would also be possible. It was obvious to me as I watched people running through the streets of NYC that many of the first responders as well as anyone in that immediately vicinity could be in danger.

I kept waiting to hear what was going to be done.  It seemed that no one was mentioning this "silent killer" during the immediate attack or the days following. And, if anyone was thinking about it, no one had publicly acknowledged the potential for future health issues. Well, it is now 15 years later and news outlets are sharing stories of individuals who have died or who have developed different types of cancer or other health problems most likely related to 9/11. There is the James Zadroga 9/11 Health and Compensation Act. Named for Zadroga, a detective who died after becoming ill from working at ground zero, funding will be available through 2090 thanks to a law signed by President Obama. Cancers, respiratory / heart ailments and gastrointestinal problems have all been associated with the toxins at ground zero.

I was approximately six months post radiation treatments for my stage one breast cancer. I was finally back at work full time and feeling much better. Until 9/11. The demands of my job began to take its toll. The daily stress levels continued to rise. Guest Services became the "hub" of all things related to 9/11 and we had added responsibilities in order to help our guests with their vacation plans. I found myself extremely stressed out as did many of my co-workers. If I could prove that high stress levels can lead to metatasized cancer that would be my story. By April 2002, my stage one cancer had  spread to the lungs.

I am not one of those individuals who can foresee the future. However, in this rare instance, I not only realized the ramifications of what happened that day on 9/11, I understood that there would be many more victims of these horrid attacks. The death toll and the numbers of people effected at or near ground zero would continue to rise over the years. It's gut-wrenching to think that the terrorists  behind these attacks may have already known that they would be able to kill or hurt many more people than just those who died when the planes hit those buildings.

To those now living with serious health ailments as a result of 9/11,  I sincerely hope and pray for your continued good health. I also extend my deepest condolences to the families who have lost loved ones from the health issues brought about by the destruction of the World Trade Center. 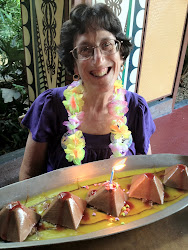